Make your seating reservations early to save money on tickets!

This show is growing to be the most exclusive comedy show right on time for Valentines Day.

Gather round your friends, family, and relatives to receive all the LOL’s good times we’re about to have at the Miami Improv!

Wednesday Night Live is all about bringing you laughs with live entertainment in a drinking and dining experience.

Energetic, charismatic, versatile and animated are just a few words that describe Will E.
stand-up routines. He is a universal comedian, with an overflow of energy, combining his
story-telling abilities with vividly humorous gestures and amazing sound effects that can
paint a clear picture in our heads.

He is also notoriously known for his impressions of animals, entertainers, and other characters.

Will E. already has an impressive television resume under his belt. He made numerous
appearances on The Apollo, winning six times as an amateur. He also appeared twice
on both BET’s Comic View and Russell Simmons Def Comedy Jam. He has also made
memorable appearances on P. Diddy’s Bad Boys of Comedy, in 2005 and 2007.

His stand-up acts have also been viewed on Jenny Jones and a many other events. In 2008,
he is also slated to feature in Martin Lawrence’s First Amendment Stand-Up.
Aside from television, Will E. has made audiences laugh all across the country. And
around the world to performing for the Armed Forces, Will E. As a result of his
performances, he received the Flip Wilson Award for Best Original Act. 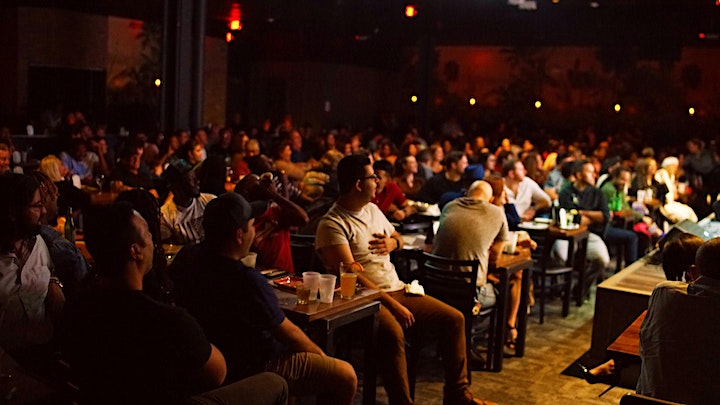 Want to laugh with audiences all around the nation?

See what stand up comedy is like in other cities. Place your phone and email below and we'll text you the Laugh Lounge App.